Before day even broke, I hopped on a bus for 2€ one Sunday morning last October and headed northwest to Rouen, the capital city of Normandy. The minute the driver revved the engine, I was out cold, snoozing the entire 2 hour ride only to wake from my slumber once we reached our destination. The bus was continuing to Le Havre, but like us, most of the other passengers got off at Rouen for the weekend long Fête du Ventre, which literally translates to the Stomach Festival. I knew nothing about Rouen nor the annual festival. We had learned about the food festival through D’s Norman co-worker, who commutes daily from Rouen to Paris. He goes to the festival every year and stocks up on traditional Norman products. Curious and never ones to turn down an opportunity to eat, we looked forward to seeing what the festival had in store and exploring the city.

The annual Fête du Ventre brings together farmers, food artisans, and bakers from all parts of Normandy to celebrate the region’s rich culinary culture. The food stands were concentrated in and around Rouen’s old market square, where Joan of Arc was supposedly burned alive during the Middle Ages. Those manning the stands generously invited passers-by to freely sample their products and eagerly engaged them in the story behind their fabrication. Nobody was pressured into buying anything. And they didn’t have to be, because the quality and taste of the products spoke for themselves. After each tasting, we wanted to buy just about everything on offer, only to be restrained by the number of hands we had to carry our purchases! 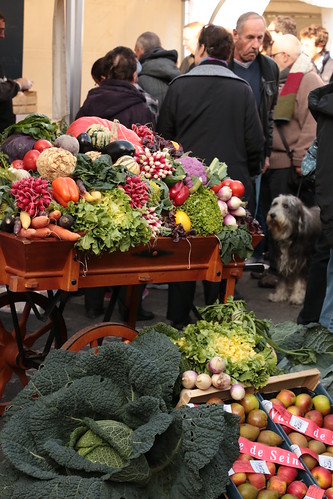 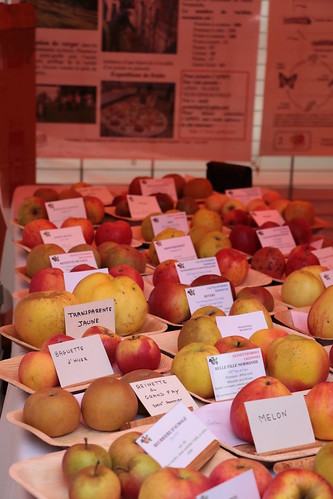 Though I’ve been to Normandy a handful of times, my knowledge of the region’s cuisine was limited to their crème fraîche and butter, which are among the best in all of France. Through our exchanges with the farmers and artisans, we began to discover the region’s specialty dishes and products, including cheeses, ciders, calvados, pastries, snails, etc. What really stood out from our conversations with them though was the pride that they have for their products. Their continued adherence to traditional farming and small-scale production methods are adapted to the seasons and the resources of the region, from which exceptional quality is born. 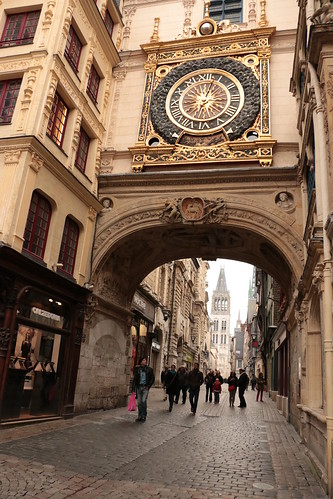 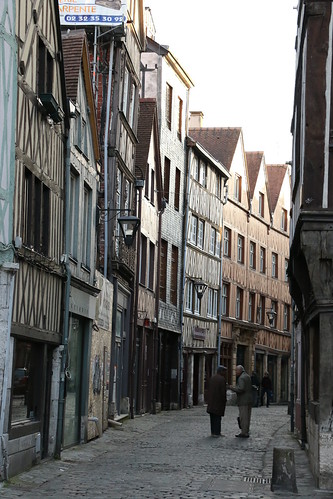 As the lunch hour approached, we grabbed a few things from the food stands for our meal. We had a hard time deciding what to eat because everything looked so appetizing! After much salivating and indecision, we ended up getting some cold cuts for starters and some spit-roasted suckling pig and poulet à la normande for the main dishes. Both were unbelievably scrumptious and it’s hard to say which was my favorite. The pork was roasted to perfection, with delectably crispy, caramelized skin encasing meat so succulent and tender it melted off the bone. Like many traditional Norman dishes, poulet à la normande is prepared with an apple-based alcohol, where chicken is simmered in hard cider, crème fraîche, and mushrooms. All I can say is that it was absolutely sublime, as anything cooked in butter and crème fraîche would be!

After satisfying our bellies, we wandered around the city on foot. Rouen is a city steeped in history that extends all the way back to Roman times. Despite having endured multiple wars, including the 100 year conflict with the English and the world wars, we saw many relics of past still standing throughout the city. We kept to the north of the Seine during this brief excursion, so I’m hoping to come back soon to explore the rest of the city!

For more photos of my day trip to Rouen: https://flic.kr/s/aHsknVJJJg