The lazy dog days of summer came to an abrupt end as the French returned en masse from their annual month long respite in August. The concrete jungle is once again bustling and teeming with sharply dressed Parisians, while sightings of t-shirt and sneaker clad tourists have become few and far between. Everyone’s routine has eased back into its pre-vacation rhythm, and already, the daily grind has started to wear down many of the city folks. The sunny disposition that they came back with has long faded along with their over-bronzed tans. 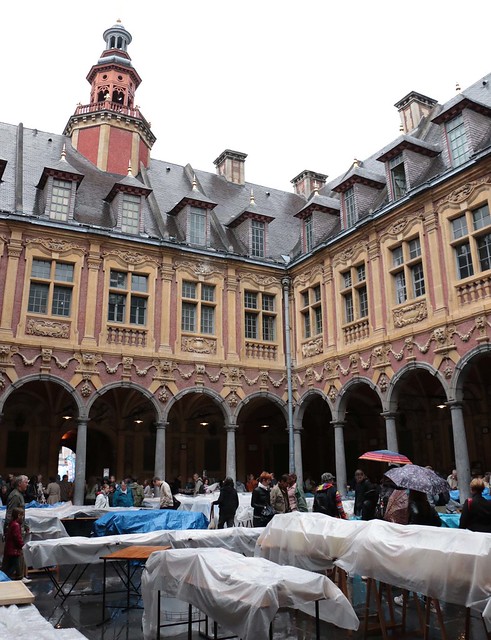 Though days have become increasingly shorter and the air a bit crisper, I look forward to this time of year because of the abundance of activities in Paris and throughout France. Earlier this month, D and I headed to northern France for the annual Braderie de Lille, the largest flea market in Europe whose history dates back to the 12th century. Every first weekend of September, a deluge of folks from all over France and Europe flock to Lille in search of antiques and hidden treasures from vendors lining over 100 km of the city’s streets. Once the sun sets, festivities continue until the wee hours of the night, with parties spilling into the streets and folks drinking and dancing with abandon. 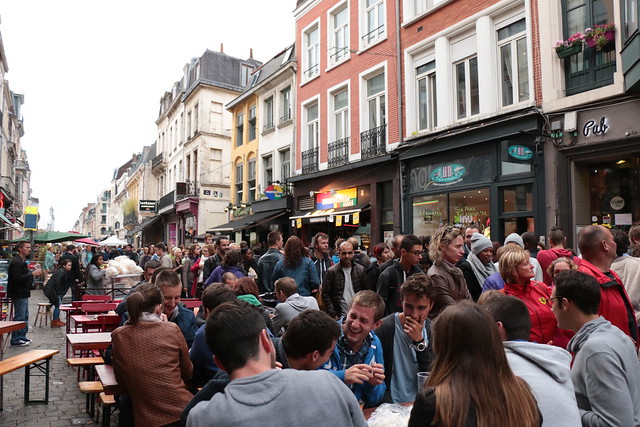 This year the unfavorable weather conditions put a bit of a damper on the event. The occasional downpour sent vendors and shoppers alike scurrying for cover in the boutiques and eateries. The mood was nonetheless festive and folks remained in high spirits. Once the rain let up, everyone took to the streets again, resuming their shopping and mirth.

After spending the afternoon wandering the streets and checking out the goods at the thousands of stands, we went in search of moules-frites (mussels and fries), which is THE dish of choice at the Braderie. Virtually every restaurant throughout the city serves this regional specialty during the weekend of the Braderie. Even restaurants where you wouldn’t typically find moules-frites on the menu offer their own spin on the dish, such as curry-flavored mussels paired with a side of cheese naan at an Indian restaurant that I walked by. 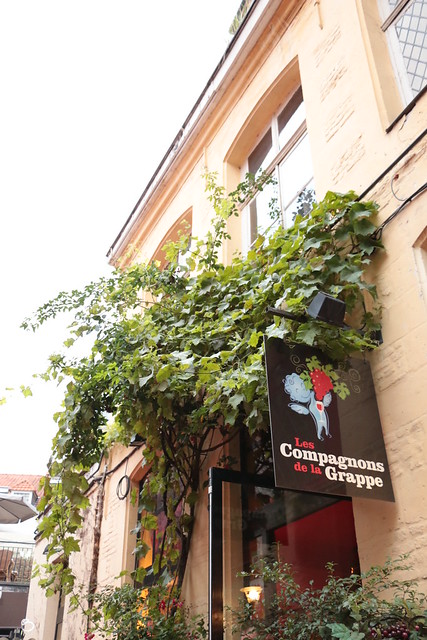 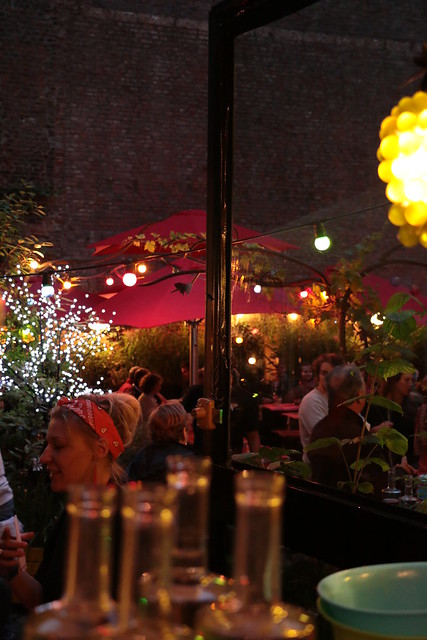 Several tons of mussels and fries are served during the Braderie, so the moules-frites is bound to be fresh and tasty at pretty much any of the restaurants. I, however, returned to the same place that we had gone to last year, Les Compagnons de la Grappe. Their moules-frites is cooked to perfection, but it’s the convivial ambiance and location that had us coming back again. The restaurant is tucked away in a small alleyway in the heart of the Vieux Lille (old town) neighborhood. Their beautiful outdoor terrace set in an 18th century courtyard feels like a secret garden away from the scores of people swarming the streets. 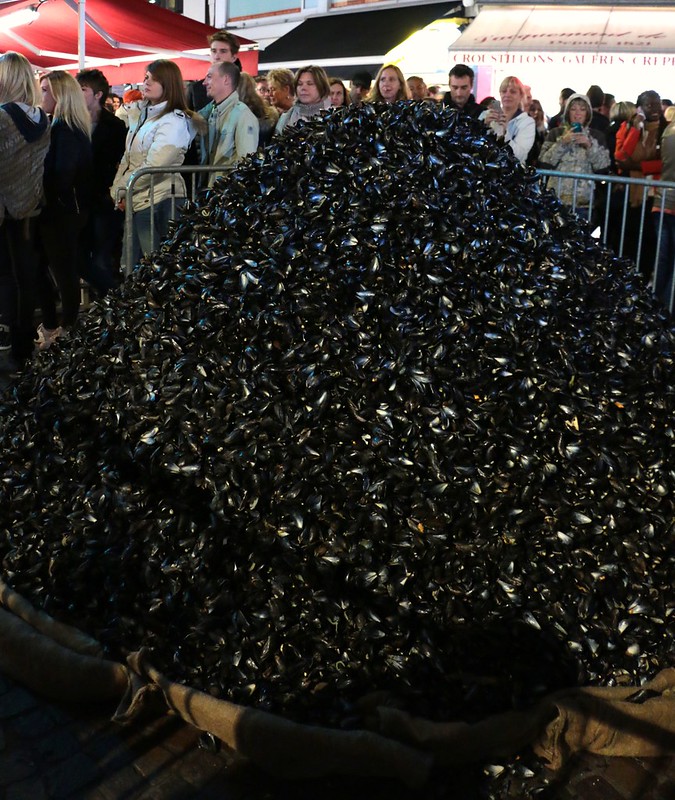 After getting our fill of moules-frites, our final mission was to find the pile of mussel shells that we missed last year. We had no idea where this massive pile was, but from looking at the photos in the event guide, we determined that it was not too far from the Galeries Lafayette department store. Initially, I had thought that this was a central place where all of the restaurants came to dump their empty mussel shells. It turned out not to be a communal dumping ground, but rather that of the restaurant Aux Moules, which has been serving traditional Flemish cuisine since 1930. They always take the prize for serving the most mussels during the Braderie. This year, they ordered 5 tons of mussels!! We might just have to give this place a try next year!

Into the Belly of Rouen