New Orleans was my hometown during my early childhood. We only lived there until I was six years old, so my recollections of life in the Big Easy have faded into fragmented blurs. One of the few things that I do remember about Louisiana is eating king cake during the mardi gras festivities, which is as ubiquitous as strings of beads during that time of year. I actually wasn’t particularly fond of eating the cake, which was often topped too generously with icing and colored sugars. I was only interested in finding the tiny plastic baby buried within the cake, because whoever found the prized baby would be crowned king for a day. When I was In kindergarten, our teacher brought several king cakes to class to celebrate the Epiphany. Although I attended a private catholic school, the religious significance of the holiday was completely lost to me. I was too overcome with the excitement of being one of the kids who had found the baby and getting to wear the crown, which came complete with a scepter and cape! 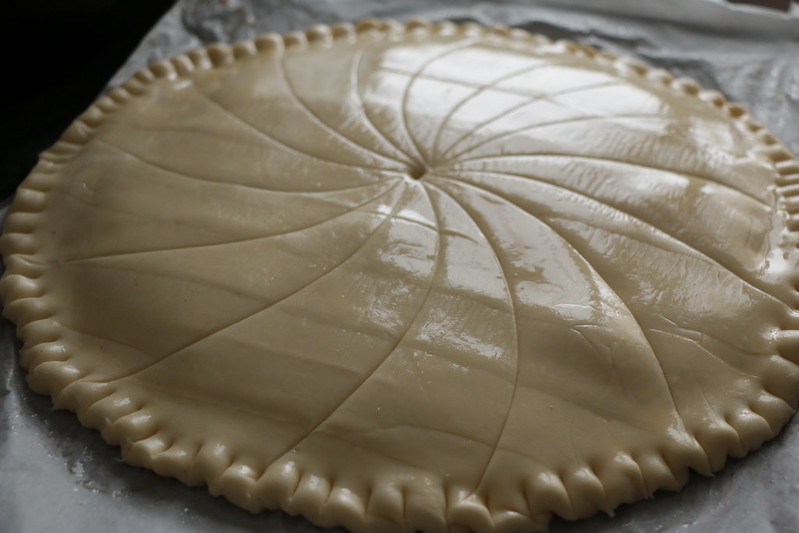 It wasn’t until I moved to France some twenty plus years later did I become re-acquainted with the tradition of eating king cake again. Following the year end holiday celebrations, king cakes replace the yule log cake on the pastry shop shelves to mark the Epiphany. In the northern parts of France, folks eat galette des rois, which is a puff pastry filled with frangipane (almond cream + pastry cream). Folks in the southern half of the country, however, typically eat couronne des rois, a brioche cake topped with pearl sugar and candied fruits that is reminiscent of the New Orleans king cake. 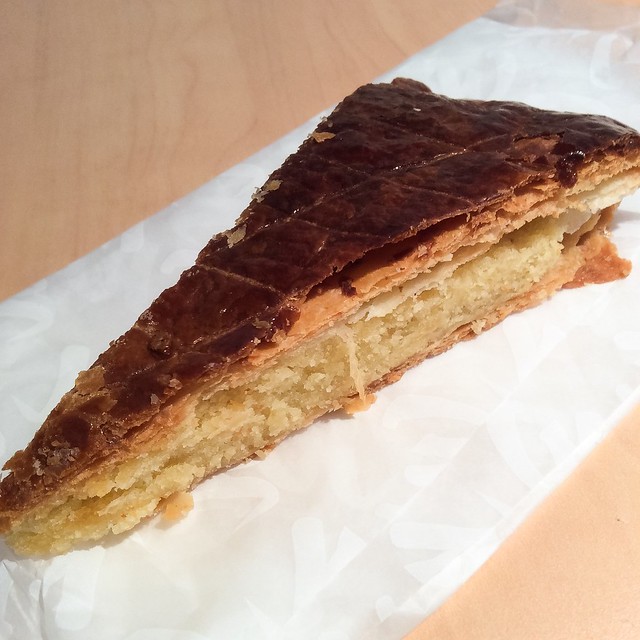 To be honest, I wasn’t particularly fond of the galette des rois the first time I tasted it. The frangipane filling was too rich, and I was underwhelmed by its unexceptional flavor. This may have been due to the fact that the fabrication of most galettes des rois, including those found at pastry shops, is often not artisanal these days. Nevertheless, I have since grown to love this traditional cake after D made them a few years ago. Every Christmas season, we make about a dozen yule log cakes for our family and friends. Having quite a bit of buttercream left over one year, D used it to make the filling for a couple of galettes des rois. Rather than mixing the butter with pastry cream to make a frangipane filling, he incorporated the buttercream into an almond cream enhanced with rum. That year, we shared one of the galettes with the retired French couple across the hall from us. Like me, the lady of the house wasn’t a fan of galettes des rois, but she said that D’s was undoubtedly the best she had ever eaten.

This year, I decided to try my hand at making one myself. I really wanted to make everything from scratch, but given that the Epiphany was in the middle of the week, I didn’t have enough time to make my own pâte feuilletée. Inspired by a recipe from one of my French pastry magazines, I opted for a filling of pure almond cream sans pastry cream for a more pronounced almond flavor. Despite using pre-prepared sheets of puff pastry, the galette turned out just as good as the one that D had made a couple of years ago! My coworkers gobbled it up within minutes and were asking for the recipe afterwards. Maybe next year I’ll attempt to make the pâte feuilletée myself.

Thanks for reading & watching, 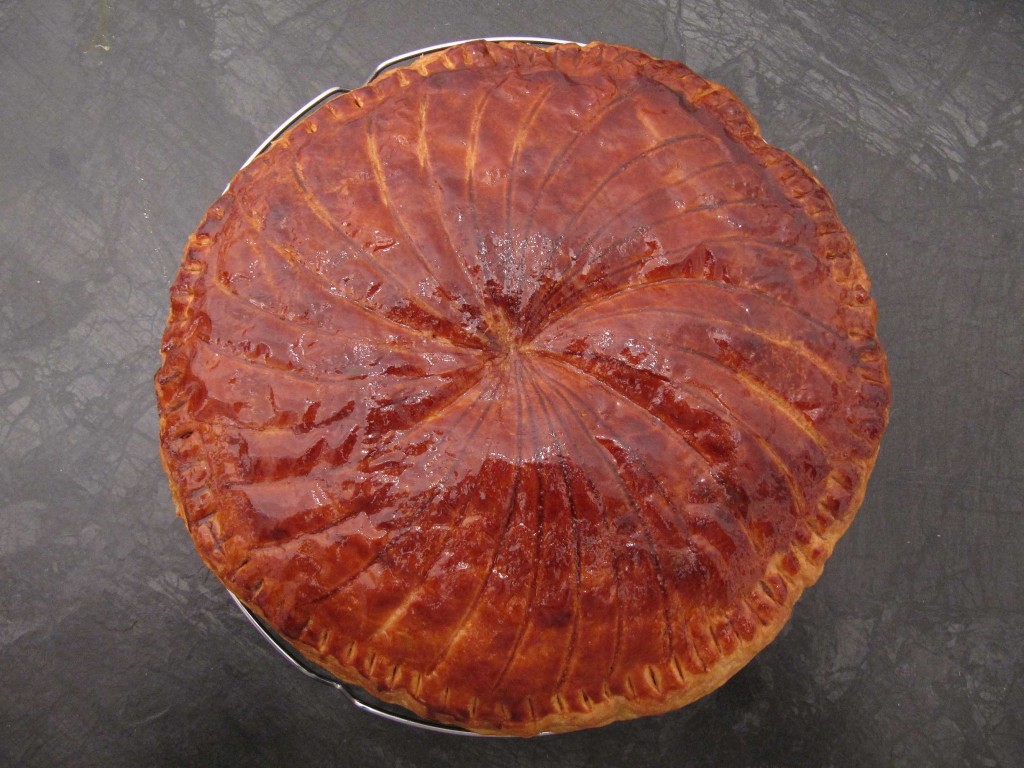 *Be sure to choose puff pastry that is made with real butter.
Course: Dessert
Cuisine: French
Keyword: Almond Cream, Baked, Pastry, Puff Pastry