My baby Plated Palate turns 3 today! I celebrated the occasion by baking some chouquettes. It’s been quite awhile since I’ve baked anything aside from the occasional batch of cookies, so baking doesn’t feel as intuitive anymore as cooking savory dishes has become to me. When I was still living in the US, my baking obsession was what initially propelled me to start my first and now defunct blog. After living in France for a few years, I launched Plated Palate to give myself a blank canvas to explore my culinary predilections. While I wrote just about any and everything and shamelessly posted unappetizing photos on my old blog, I’ve dedicated this blog to Vietnamese foods and the occasional French delight.

I felt the urge to do some baking to fête Plated Palate’s special day, but I wanted to make something that doesn’t require too much effort, especially since my baking skills have become rusty. Nothing could be more simple than making chouquettes, which is a choux pastry adorned with pearl sugar crystals. Making the dough for chouquettes applies one of the most elementary, foundational techniques in French baking.

Pâte à choux, or choux pastry, is the base of commonly known French pastries, such as éclairs and profiteroles. The dough only contains a few basic ingredients (water and/or milk, butter, flour and eggs) and rises from steam created as it heats up in the oven. What I love about this dough is that it’s super airy light and incredibly versatile. Because it’s hollow on the inside, you can fill it with just about anything you can think of, savory or sweet. This is a definite must-try recipe if you’d like to start dabbling in French pastries. Once you master this simple choux pastry, you will easily graduate to more complicated desserts.

Among the pâte à choux based sweets, chouquettes are the easiest to make. Though hollow in the center, the chouquettes aren’t filled with any sort of creams. They are simply sweetened with a generous sprinkling of sucre perlé (pearl sugar) on its exterior surface. While it’s pretty easy to find here in France, I don’t ever recall seeing this type of sugar when I lived in the US. Pearl sugar is much larger than regular sugar crystals and they retain their shape and color even when baked at high temperatures. It gives the chouquettes a bit of a crunch when biting into them.

Here in France, chouquettes are generally sold in little sachets by weight, usually about 100-200 grams, at the neighborhood pâtisseries. I mostly see parents bringing chouquettes for their kids as an afterschool snack when they pick them up from school. I’ve also seen people at the office enjoy chouquettes with their morning espresso or simply as a snack during the day. Chouquettes are definitely one of my favorite afternoon snacks along with a strong shot of espresso. 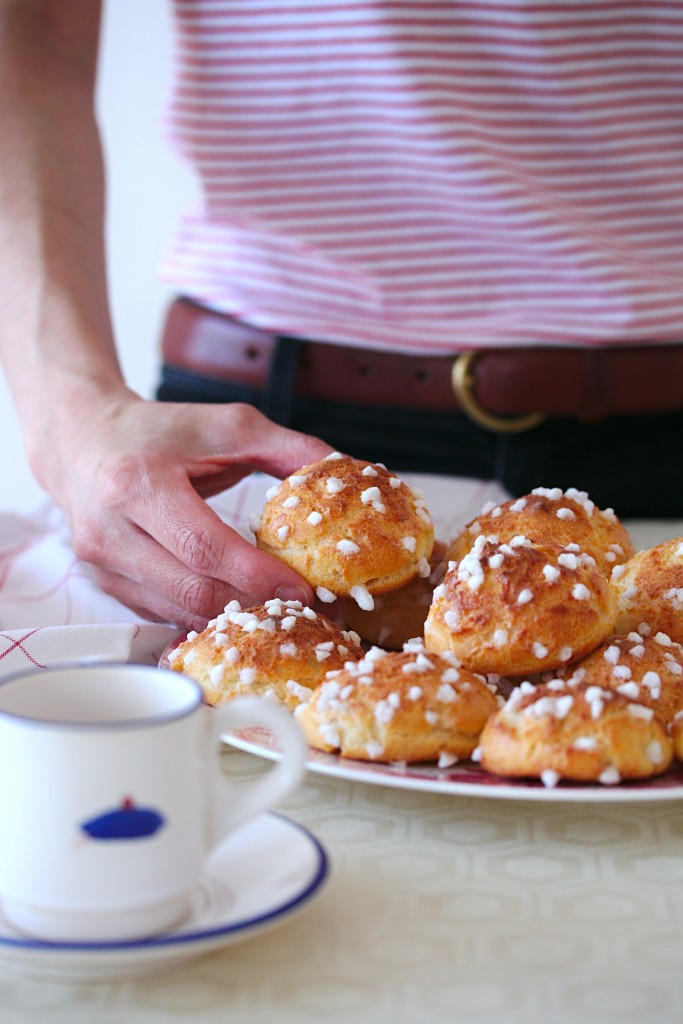 Chouquettes are a choux pastry without any filling and adorned by <em>sucre perlé</em> (pearl sugar). This quintessential French snack is often enjoyed by children and adults alike. The light and airy puff will have you reaching for one after another!

How to Make Nước Mắm Sauce